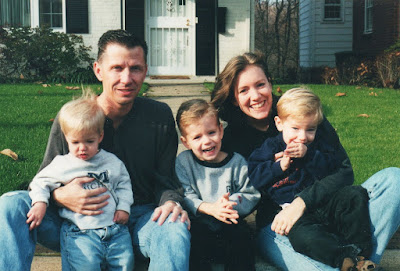 I just recently joined a Woman’s Life chapter out here in Grand Rapids, Michigan. For our introduction and the beginning of the New Year, we all needed a word. Not just any word, but THE word for the year. What a great idea! It took time to do some real soul searching, and the word I chose for myself this year was balance. Perhaps because I’m a mother, or maybe just because I’m female, I tend to focus so much on being everything to everyone in my family, that often times I lose my own way. I tend to be the supporter, the cheerleader, and the enabler for everyone else’s dreams and directions for their life, so much so that there is little left for me. It sort of creeps in little by little. (Photo above is of our family many years ago. More current family photo below) 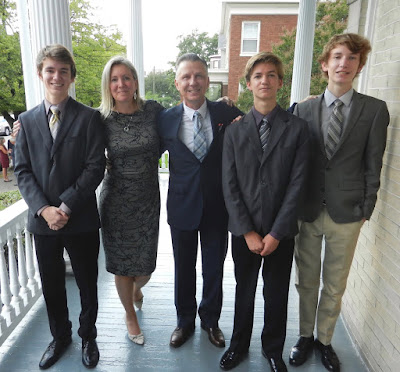 My youngest son Alex is dual enrolled for his senior year in high school, so he takes three classes in the morning at our local high school, and then takes a few classes at our local Grand Rapids Community College. Last semester, one of the classes he took at GRCC was Philosophy. That class was totally up his alley, he thoroughly enjoyed the class and loved his professor. He has also started to read Ayn Rand’s book, Atlas Shrugged. I would like to read the book as well someday, but the size is certainly intimidating. Anyhow, as many of you may know, Ayn Rand has her own philosophy, one that she calls Objectivism. Within that philosophy, she strongly believes in The Virtue of Selfishness. Certainly for me, and I think for most people, we see the word selfish as having a negative connotation. We see selfish as an excessive focus on ourselves to the exclusion or even detriment of others. I don’t believe that’s what she’s saying or suggesting at all. If you don’t recognize a value for your own interests and dreams for your own personal journey in life, then what do you really bring to the table to have a healthy and BALANCED relationship with others. It’s more about finding your own way while on this earth, and your own happiness. If we are not working toward our own dreams and goals in life, then will we ever truly feel happy and content. Maybe for some, the mere act of helping others over ones self IS what they cherish to do and give to this world. I believe we all have gifts, and those gifts are unique to each and every one of us, and to utilize those gifts to the fullest and to share them with the world is something that fills us deeply with a sense of joy and contentment.

I’m trying to be more selfish … it’s hard! Now that my youngest is an adult now and will soon be leaving the nest, it’s high time I take a long hard look at myself and where I would like my life to go personally. Don’t get me wrong, I’m all for altruism. I do however believe that one can be both selfless as well as selfish. As a side note, I have to say that since starting to paint again and being more selfish in that personal endeavor of mine, I am much happier, and therefore find that when I am more selfless, I find more pleasure in that as well.

“Happiness is not a matter of intensity but of balance, order, rhythm and harmony.” - Thomas Merton 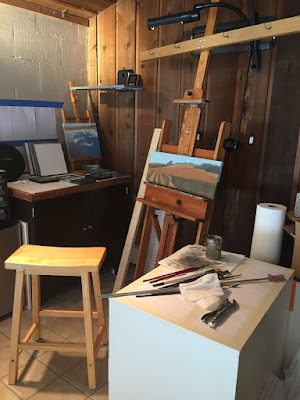 Being married to the military and trying to pursue my dream of being a painter has been challenging to say the least. Often times we are barely getting everyone settled, kids in school, new doctors and dentists, finally getting some of the last boxes unpacked, and suddenly we have orders to move yet again. Don’t get me wrong, it has it’s upsides too. I have truly experienced much of our country and beyond, and have so many cherished memories from everywhere we have lived and travelled.

Back in Virginia, before we moved to Michigan, I had a corner bedroom completely dedicated to my art and painting. Now that we have moved to Michigan, the master plan with our current house is to eventually convert the current semi-enclosed carport into my studio. The carport really couldn’t have been made into a fully functioning garage for our 4 wheel drive suv’s with roof racks, at least not without spending some serious cash. We would have had to dig out the floor to make it level, as well as raise the roof. Darn! I guess a studio would work though! In the meantime, the house barely has enough bedrooms for the family, so a dedicated room for me to paint in is not in the picture. Oddly enough, our Michigan house has nearly 1000 square feet of an enclosed pool room, hot tub spa included. So after a year and a half of working on renovations on the house, I have decided to carve out a corner of space for myself in the pool room. Brilliant idea if I must say so myself! 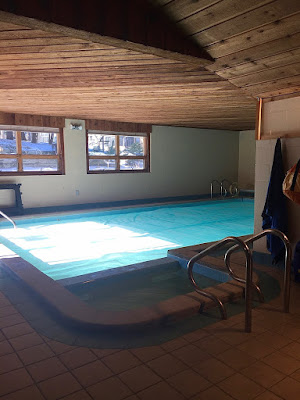 Oddly enough, after doing a little research online, the humidity level in there, at least during the winter, is absolutely perfect. And the location in that room is fantastic for lighting. Aside from the really loud furnace that will come on every once in a while, it honestly is pretty wonderful. So until that carport gets a makeover, this is where all the magic happens. 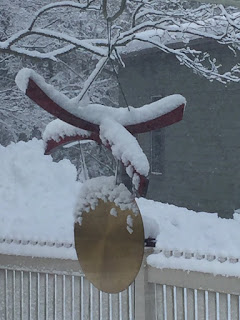 To frame the whole picture, I have to go back 15 years. Back then my husband was still serving in the Navy,  and we received orders to move to Norfolk, Virginia where Thom would do his XO tour for the aircraft carrier USS George H.W. Bush. The XO, or Executive Officer, is the number two guy in charge. For those of you that don’t speak Navy, if all goes spectacularly well with your flying career in the Navy, you may be offered to then be the Executive Officer (XO) of an aircraft carrier, then move on to be the Commanding Officer (CO) of a deep draft ship, and then ultimately the CO of an aircraft carrier. Being that there are very few places that we have these aircraft carriers, it would only make sense that the Navy might want to reduce costs and try to keep their officers in these roles in the same geographical location if at all possible. Right?

Hence, long story short, my husband sold me on the idea of buying a house back in 2005 in Norfolk, Virginia, as we could potentially stay there for eight years. We bought a big 3800 square foot house in Talbot Park at the peak of the real estate market. Beautiful house, beautiful area, but after two years we got the news that we were not going to stay in Norfolk, but instead move to Yokosuka, Japan. That stung for a while. Throughout the rest of my husband’s Navy career, we never did make it back to Norfolk or that house. We sold the house two years ago and the financial hemorrhaging has finally ended. As a side note, we absolutely loved Japan, but I digress.

Fast forward to 2017 and Thom has retired from the Navy and we are contemplating moving to his home state of Michigan. All the stars seemed to be aligning with our two oldest attending Michigan State, as well as a few of my paintings just being accepted into a winter show in Ann Arbor, Michigan. The final push made by my husband, was that with global warming, Michigan shouldn’t be quite as cold as he remembers from his youth, as I am not a fan of cold weather. 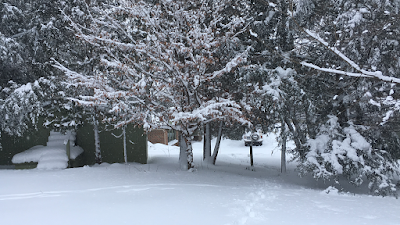 Here we are this last week in January where the Governor has issued a state of emergency for the entire state of Michigan due to dangerously low subzero temperatures. This all occurring on the heels of having roughly 18 inches of snowfall in our area alone, some of that being windblown lake effect snow. Whiteout conditions creating some total shutdowns on portions of our interstate highways due to multiple car pileups. Wind chills at night dipping between 25 and 40 degrees below zero. Calgon, take me away!

Fool me once, shame on you, fool me twice, shame on me. I know global warming is not something to scoff at, but I was kind of banking on enjoying Michigan a bit more with the whole idea of global warming. I do have to say though that even with this crazy weather, I am still very very thankful. Power never left, never even stuttered. One of the frustrating things about being new to Michigan, particularly with one last son at home finishing off his senior year in high school, is that Michigan schools do not typically close due to snow. Back in northern Virginia, we could get a light dusting and all the schools and the government are shutting down. Michigan certainly does have the infrastructure to deal with this type of weather, but even this week was a bit much, closing schools for the entire week.

Clearly, with little else that can be accomplished while being house bound, I have enjoyed some quality painting time in my studio…I mean pool room. Ha…that will all be explained next week! Happy February, and stay warm!
at February 03, 2019 No comments:

I just recently joined a Woman’s Life chapter out here in Grand Rapids, Michigan. For our introduction and the beginning of the Ne...